Rack and Ruin Acoustic is a four piece acoustic version of The Band of Rack and Ruin.
Here’s a photo of us performing at Lighthorne Folk. 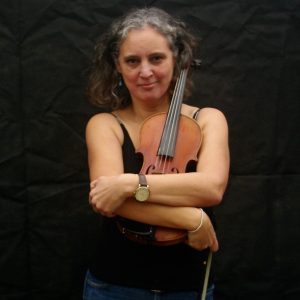 The band have played the club several times in the past but this is the first Rack and Ruin Acoustic appearance at the club since the end of the pandemic lockdowns.  Our last two bookings having been cancelled due to lockdowns.

It’s also the first time at the Stockton Folk Club for our new fiddle player Jen Martin (left) who joined Rack and Ruin Acoustic back in November 2021.

In June there is another first for Jen when Rack and Ruin Acoustic return to The Woodman Folk Club in Ashwood, Kingswinford on Friday the 24th June 2022.
We last played the club back in 2019 and are looking forward to our return to this friendly club.

Here is a song from an early rehearsal late last year. It was only Jen’s third time playing with us but she seemed to be getting  the hang of it (she’s even better now!).

Here’s a video of our previous line up

The video features a previous line up of Rack and Ruin Acoustic  –  Mick Bisker on acoustic guitar, mandola, bazouki and vocals, Nigel Ward on fiddle and mandolin, Chris Radley on bass and vocals, Deb Gomme on saxophones, vocals, whistles and acoustic guitar.

As musicians we draw on an established folk tradition but deliver the music with an energy, enthusiasm and good humour!  The band members  all have many years experience performing lively celtic, roots, folk rock music and specialise in bringing up-tempo jigs and reels and original contemporary folk rock songs to new as well as established audiences.

We are based in Warwickshire and play throughout the Midlands.

We often play parties in houses or (in the summer time) back gardens where people love our music but don’t have room for the whole band with drums – so Rack and Ruin Acoustic is perfect.

You can see more videos on the video page.

Previous acoustic gigs have included appearances at the Willow and Tool Folk Parlour, The Wurzel Bush Folk Club, Rugby, Stockton Folk Club  and the Woodman Folk Club, Kingswinford – if you came along to any of those thanks for your support – we hope that we will be able to play live for you again soon.

We are keen to play other new venues and folk clubs so if you run one, or know of a good one, and would like Rack and Ruin to play just get in touch on 07592 348817 or email band@rackandruin.co.uk

Find out more about the full band version of Rack and Ruin on the Band website.

Call now for more information on
Rack and Ruin Acoustic or to book us for a gig:

We hope to have news soon of acoustic gigs for later in 2022 .

We are taking gig bookings – for weddings, parties and at live venues throughout 2022.

More gigs to be confirmed shortly…